Transport for London (TfL) has launched a consultation on proposed changes to bus services in inner and central London.

This consultation is the first step in delivering London’s first major modernisation of the bus network in more than 15 years. London’s bus network is crucial to the Capital’s continued economic and social development, and will be vital in meeting the Mayor’s Transport Strategy target of 80 per cent of journeys being made using sustainable transport options by 2041.

TfL state that some bus routes can be inefficient, unreliable, or overly complex. The oversupply of buses not only impacts on bus reliability and journey times, but also plays a role in adding to London’s problems of congestion and poor air quality.

The public consultation is now open for six weeks and will close on 9 November. 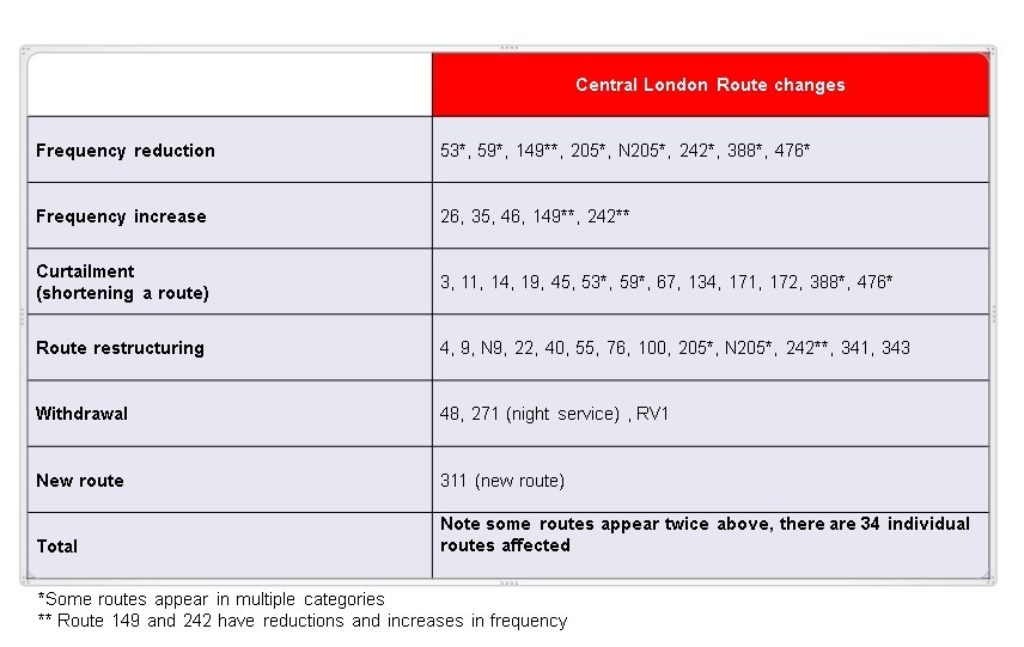 You can submit comments online here.

You can submit a response in writing to TfL via email consultations@tfl.gov.uk or post to FREEPOST TFL CONSULTATIONS.

The closing date for comments is Friday 9 November 2018.